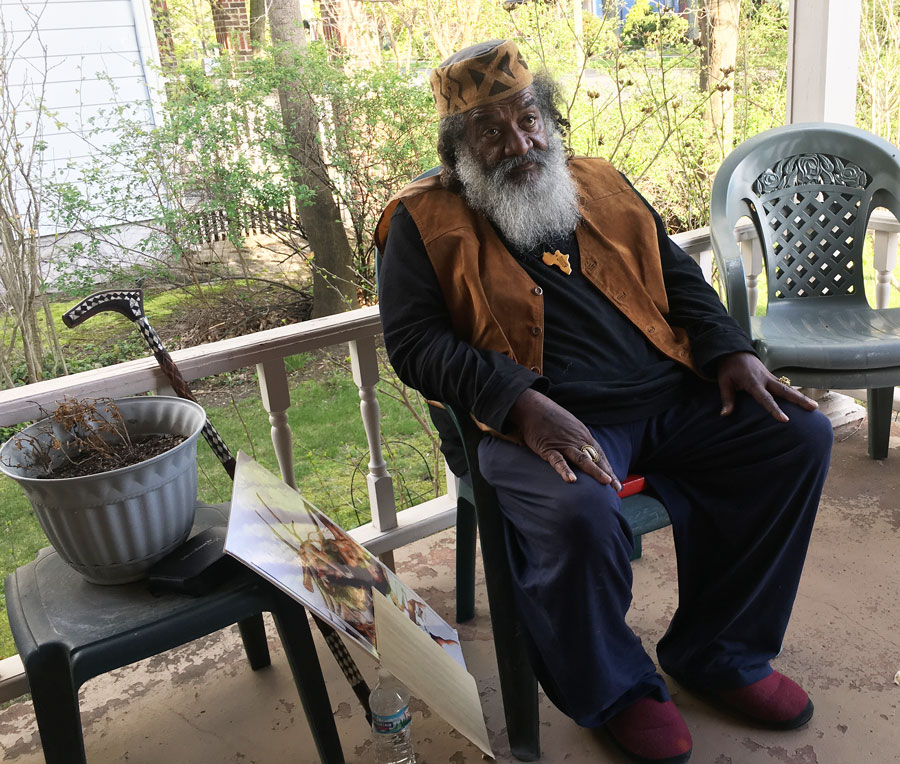 On the far east side of Notre Dame’s campus lies the Thomas Bulla Farmhouse and surrounding Bulla Road. While students drive the latter frequently, the former is hardly mentioned, visited, or recognized, despite both structures’ namesake acting as a major abolitionist in the era of the Underground Railroad.

The University of Notre Dame has a major part of history on its campus, and it’s largely bypassed by the casual observer.

Even some Notre Dame students in the History Department say they have little to no knowledge regarding the area’s history related to the Underground Railroad.

“If you look at a lot of the smaller scale stuff, it can really flesh out the story a lot more,” he said. “Entire sections of history would have been lost.”

Southern Indiana features the Eleutherian College Classroom and Chapel Building and the Georgetown Neighborhood in Madison, Indiana. Serving as a museum today, Eleutherian College was symbolically built on top of a hill. Its own museum web page states that Eleutherian decided this to demonstrate its commitment to “individual equality, education, and equal opportunity without regard to race or gender.”

Many fugitives who traveled along this route continued north via Indianapolis. The Georgetown Neighborhood in Madison, Indiana––right on the southernmost border––was at one point populated with abolitionists and freedom seekers. Even today, the Indiana DNR states many of the original homes and churches from the Underground Railroad era still stand in this neighborhood. This includes Lyman and Asenath Hoyt, who would hide fugitives in their family barn loft or cave on their Madison, Indiana, property between 1830 and 1856.

In the central part of the state, the Bethel AME Church and the Levi Coffin House once served as Underground Railroad locations. Before it was sold to a private firm in 2016, the Bethel AME Church in downtown Indianapolis was known as the “Indianapolis Station” after it was founded in 1836, but was rebuilt in 1867. The Levi Coffin House located near Richmond, Indiana, also played a significant role in African American slaves’ paths to the north during this time, reportedly assisting over 2,000 slaves to freedom.

Before crossing the border into Michigan, thousands of African American fugitives finally traveled through various areas of northern Indiana. The DNR states that just south of the Michigan border and on the shores of Lake Michigan, Daniel Low helped fugitives escape to Michigan or Canada by bringing them from his estate and hiding them on board grain boats at the Michigan City harbor.

“It’s kind of skewed; there were a few routes. [They] came through Michigan city, [some] into Niles, and some came through a part of Indiana that lead into Bristol that then went into Michigan,” local historian Verge “Brother Sage” Gillam said. “There was no specific route like 31 or 933. It was really interesting, because to get away [from this area] we had to do whatever was Kosher, and we knew that Indiana was not a safe state.”

To the east in Fremont, Indiana, at the Erastus Farnham House, the historic cupola on top of the house served as a watchdog vantage point in order to keep the fugitives he aided safe. Only about 13 miles west is the house of Captain Samuel Barry who, despite being arrested for his actions, frequently provided shelter to fugitive slaves.

Still close by in Ft. Wayne, Indiana, the Alexander T Rankin house is, per the Indiana DNR, currently the only known structure still standing in Ft. Wayne that was a part of the Underground Railroad. Likewise, as previously noted, Notre Dame’s Thomas Bulla House was where Bulla and his family aided runaway slaves and still stands amongst residential living buildings on the campus.

Brother Sage has spent the last 10 years putting together the story of the Underground Railroad’s presence in the Northwest Territory, more specifically the St. Joe Valley Region.

This area, what is now northwestern Indiana and southwestern Michigan, saw the passage of tens of thousands of slaves from slave territory to the free land. “What a lot of people don’t realize is that the No. 1 region for runaway slaves was the Kentucky, Ohio, Indiana, Illinois and Missouri region… to think that 75,000 people escaped that particular region is so awe-inspiring. These stories need to be told,” Sage said.

South Bend also was home to plenty of abolition-era dramatics, with the South Bend Presbyterian Church halting slave catchers from removing runaways from free-Michigan back to slave-Kentucky.

“[The church] went to court and won their suit, and the slaves went back to Michigan,” Sage said. “The slave catchers went back to Kent, complained about it, came back to South Bend and sued that church. [They] ended up winning that suit. We’d like to put a historical marker [at the church] because that history is well documented.”

But auction-block documents printed by what is now known as the South Bend Tribune have also been discovered. These flyers advertise the sale of Michiana-area men, women and children, cementing the fact that the oppression was local. “This just goes to show how rough it was on us, what kinds of things we had to go through [in this area], and why it’s important for us to talk more about this from the standpoint of whoever you are,” he said.

Sage stressed the necessity to rectify an ignorance of history by sharing these stories and this knowledge through education and traditional schooling. While information on these historical locations is becoming more available through online registries, Indiana’s regional history in terms of the Underground Railroad has not shown to be well-known. “They don’t know what we had to go through in order to be free, they don’t know anything about the real bigotry or prejudice we went through, or they don’t know anything about the history [of the Underground Railroad,]” Sage said.

Lacking such pertinent historical information takes away part of a community’s culture. This causes the loss of a potential lesson learned, or an honorable historical connection. “[The Thomas Bulla House] can be a source of pride for the community and the people who live here that we played a significant role in helping free slaves, not mentioning it is a very interesting topic of discussion around campus,” Lew said.

“None of this is in the schools; you probably heard nothing about these details in high school or even at the University of Notre Dame,” Sage said. “More emphasis should be put into this, because I think we’re a remarkable people, and we’ve shown how to survive the Holocaust of enslavement.” 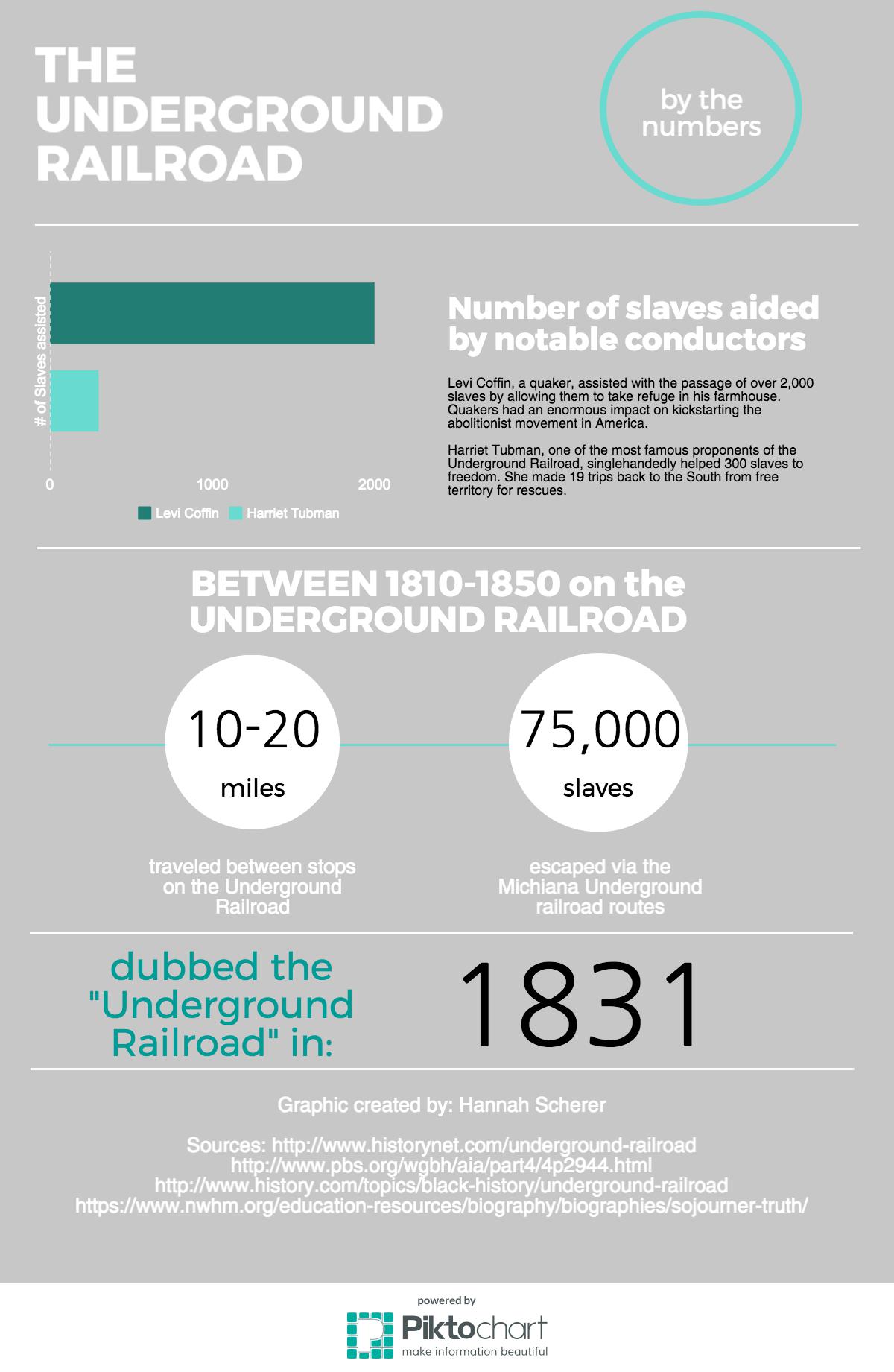